Shaw hits back at critics with topless selfie…

Luke Shaw was publicly derided during the summer break for putting on too much weight before pre-season, not only by fans, but also by his new manager Louis van Gaal.

In response, the 19-year-old uploaded this image of his muscular frame, although he quickly deleted the post afterwards! 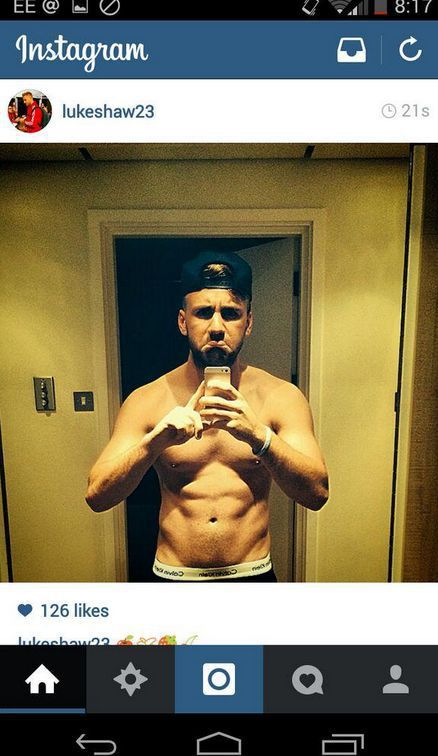