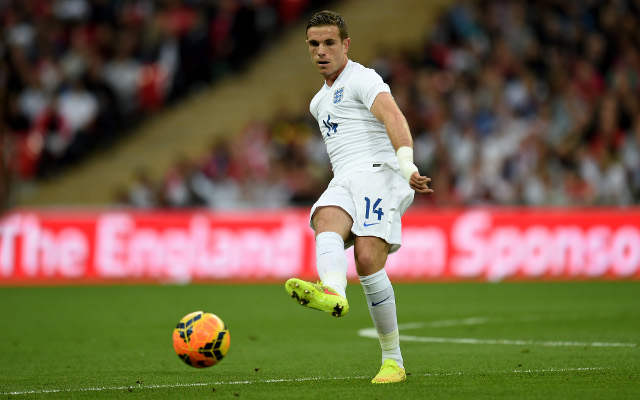 The Three Lions take on Norway in an international friendly on Wednesday with an all-time low attendance of 40,000 expected for the game.

Yet despite this Reds midfielder Henderson is still pleased with the support the nation is being given after their poor showing at the World Cup in Brazil this summer.

“For us as players we understand we let everybody down, not only ourselves but also the fans who travelled half-way round the world to go and watch us. But the support for England I’ve had – for the under-21s or the seniors – has been outstanding,” the 24-year-old was quoted by the Daily Star.