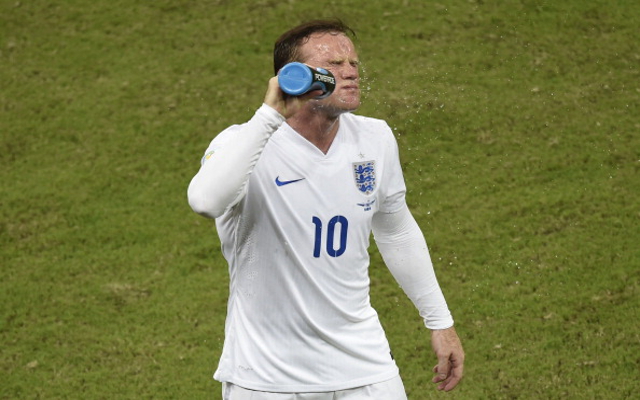 Norway defender Vegard Forren has attempted to get in side the head of the man he’ll be marking on Wednesday evening, accusing England striker Wayne Rooney of being a ‘bit chubby’.

His comments also add some much needed bite to what is expected to be a somewhat tame affair, in front of a record low Wembley crowd in London.

The match will also be notable for being Rooney’s first in an England shirt, since he was named as successor to Steven Gerrard as the national team captain.

According to reports in the Daily Mail, the 26-year-old believes his Norway team – who are placed 53rd in the FIFA world rankings, 33 below England – have every chance of upsetting their hosts later this week.

“Rooney looks a bit chubby,” the former Southampton player told TV2.no. “They’re obviously good players, and many of them are on good form already after three games in the Premier League but we’re looking forward to it.”

The match will give Roy Hodgson a final chance to see his players in competitive action before England begin their Euro 2016 qualification campaign in Switzerland on Monday. It will also bring back memories of his first game in charge, which came against Norway in 2012.

Norway last reached the finals of a European Championship in 2000 and the Scandinavian side face a difficult task to qualify from a group that includes Italy and Croatia.