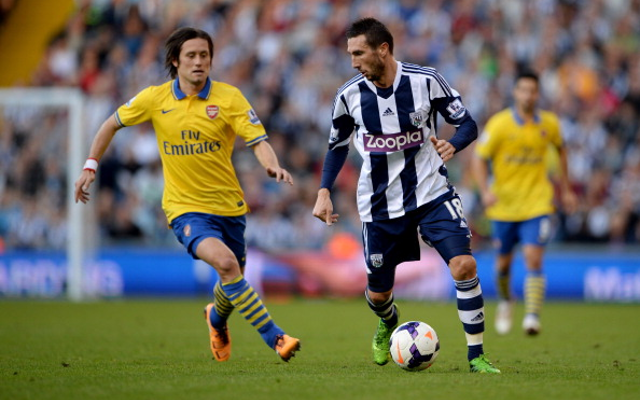 The Frenchman spent the previous season on loan with fellow Premier League outfit West Bromwich Albion, where he impressed by helping the club stave off relegation.

It has been reported that though the 29-year-old was keen to make a return to England for a second crack at the Premier League Marseille were eager to move him on and get him off their wage bill.

Amalfitano has just one cap with the France international side to his name and he moved to Marseille back in 2011 after catching the eye with Ligue 1 side Lorient.

He featured 31 times for West Brom last season, scoring four goals in the process, including one in the club’s historic 2-1 victory over Manchester United at Old Trafford at the beginning of the season.

He will now continue his career under Sam Allardyce at Upton Park, where he will play a part in helping the side build upon their own disappointing campaign from last term.