Tom Cleverley takes a lot of stick, probably because he has played 79 times for Manchester United and has 13 senior England caps, despite being a pretty poor player.

Cleverley will play at a more fitting level for the next nine months, having joined Aston Villa on a season-long loan.

The move will appease many United fans.

However, those fans who failed to understand how Cleverley stayed in the United first team for so long will probably be equally baffled as to how the 25-year-old has managed to pull former TOWIE babe Georgina Dorsett.

Cleverley and Miss Dorsett have been together since 2012 and they have a young daughter.

Georgina is one of the hottest WAGs in the Premier League. 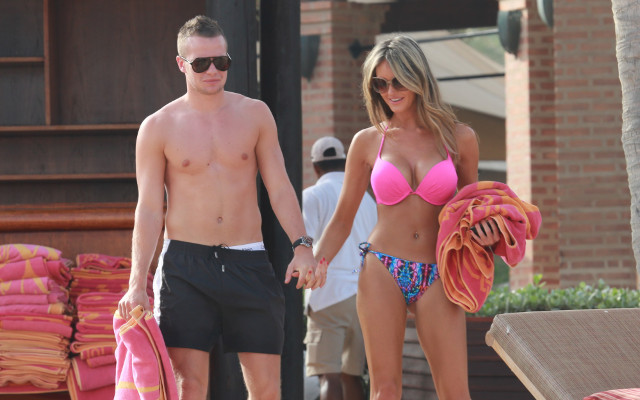