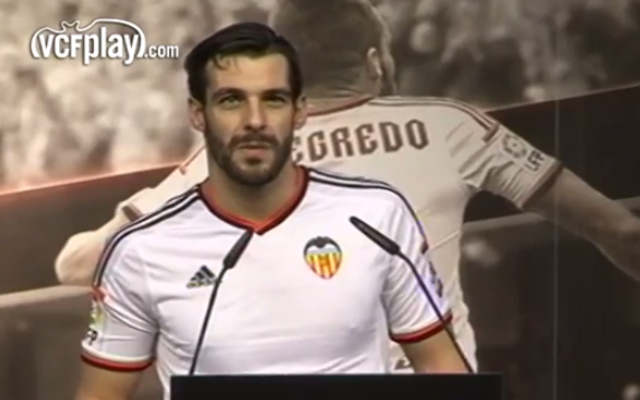 Man City striker Alvaro Negredo’s ‘unveiling’ at the Mestalla didn’t get off to a flying start, watch as the baying crowd demands the Spaniard kisses the badge. The former Sevilla man opted to not do so, queue angry chanting.