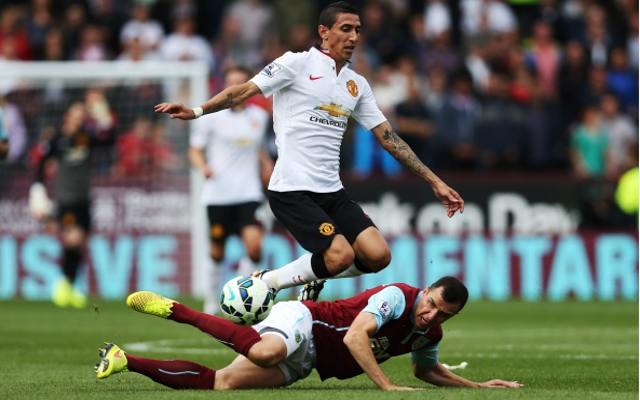 Manchester United’s new signing, Angel di Maria provided not one, but two sensational assists during the first-half of Argentina’s international friendly with Germany.

While the former Real Madrid man may have somewhat struggled on his United debut against Burnley last weekend, surely the ability on show here proves that he is more than capable of justifying his near £60m transfer fee.

Di Maria relies heavily on his left foot, which is one of the best weapons in world football. The 26 year-old provided a brilliant outside-of-the-boot delivery for Aguero’s opener, before using his instep to cross for Lamela’s second.

It is easy to imagine Di Maria laying on similar assists for the likes of Wayne Rooney, Robin Van Persie and new Manchester United signing Radamel Falcao at Old Trafford.

The Argentines lead the World Cup final rematch 2-0 at half-time. You can watch the videos of the goals below: