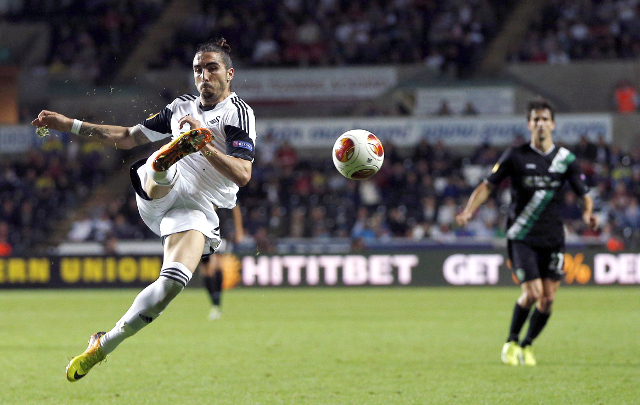 Former Swansea City defender Chico Flores has posted an image of himself in the bath, holding onto what is presumably his girlfriend’s leg in a somewhat provocative pose.

The Spaniard, 27, left the Liberty Stadium for a move to Qatari club Lekhwiya SC this summer, and was not a stranger to controversy during his time in the Premier League, and this picture could be one that causes a bit of a stir as well!

With a simple caption of ‘Relax…’, it certainly looks like Chico had a good evening last night, with this saucy bath time picture being uploaded at around midnight.