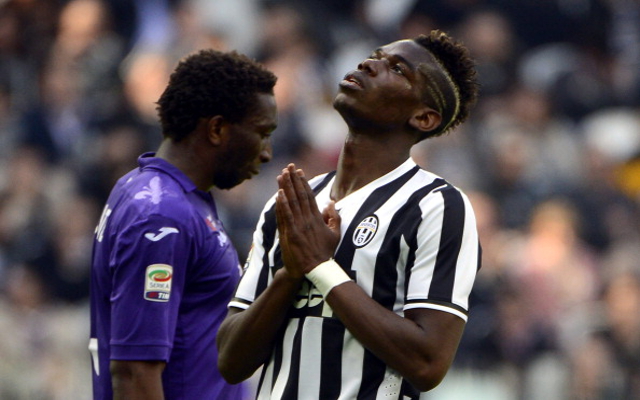 Manchester United are ready to smash their transfer record again next summer, in order to bring former academy graduate Paul Pogba back to Old Trafford.

The French midfield maestro left United for Juventus in 2012, and has since developed into one of the world’s highest rated young players. The 21-year-old was tracked by Chelsea for much of this summer, but eventually stayed put in Turin.

Reports in the Daily Express suggest that United are preparing a £60m package which would surpass the £59.7m they paid Real Madrid for Argentine winger Angel di Maria last month.

The source suggests that United are eagerly watching Pogba’s contract negotiations with the Serie A champions, with the player currently only committed to the club until 2016.

Juventus will be desperate not lose Pogba on a free transfer, and could be forced to sell him next summer if they are unable to tie him down with a new long-term deal.

The Old Lady began initial discussions with the French midfielder earlier this month and are looking to formalise an offer including a big pay rise in the coming weeks.

United spent much of the summer chasing Pogba’s club teammate Arturo Vidal, but their former prodigy would surely be the more attractive signing – being six years younger and free of the long-standing knee issue that detracted from their interest in the Chilean.