An all-English Arsenal XI from the Wenger era.Arsenal’s deadline day signing of England striker Danny Welbeck from Manchester United continued a growing trend at the club, with Arsene Wenger continuing his recent policy of fielding more homegrown players in his squad.

Some of the best player’s in Arsenal’s history have featured for the club during Wenger’s reign, with the likes of Thierry Henry, Dennis Bergkamp and Patrick Vieira helping the Gunners to one of the most successful periods in their history.

Many of these big names were brought in from abroad, however, with Wenger often criticised earlier in his time as Gunners boss that the team did not include enough English players. That is certainly not the case now with Welbeck joining the likes of Jack Wilshere, Theo Walcott and Alex Oxlade-Chamberlain as first-team regulars at the Emirates Stadium.

There have been other greats from this county to represent Arsenal in Wenger’s time in charge as well, and CaughtOffside has assembled a best XI of them here: 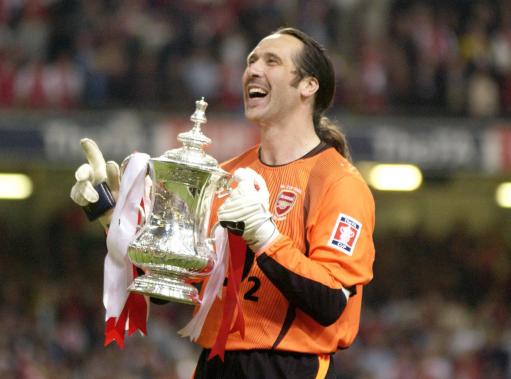 One of Arsenal and England’s best ever goalkeepers, David Seaman was a key player for Arsenal in the rarly part of Arsene Wenger’s time in charge, helping the club to two double victories in 1998 and 2002, as well as captaining the side to victory in the FA Cup final in 2003, as pictured above.