For most Premier League fans, the international break could not have come at a worse time. Not only do dour England friendlies pale in comparison in terms of entertainment, but it also makes us wait to see several of the division’s exciting new signings in action.

At what is one of the most unpredictable times of the season, when teams first trial their deadline day panic buys, we still have another week to wait before we see those clubs back in Premier League action. Here are ten players who moved this summer that we can’t wait to see play: 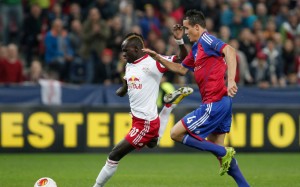 The 22-year-old Senegalese midfielder scored 31 goals in 63 league games for former club Red Bull Salzburg, and after moving to Southampton on deadline day, he will be hoping to bring that form to the Premier League.