Top ten hitmen ready to light up Europe as qualifiers kick off.

The qualifying campain for Euro 2016 kicks off on Sunday evening, with national teams having had little time to dwell on their success, or lack of, during the 2014 FIFA World Cup in Brazil.

With the doors being opened to an extra eight teams for the next tournament, to be held in France, there is plenty to play for from the beginning for more teams than ever before.

There are a number of mouth-watering clashes to kick things off, incuding Scotland’s trip to face world champions Germany, England’s match up with Switzerland in Basel, with Spain also looking to get back to winning ways as they host FYR Macedonia.

Here are 10 strikers who will be looking to be in the race for the qualifying competition’s top scorer award: 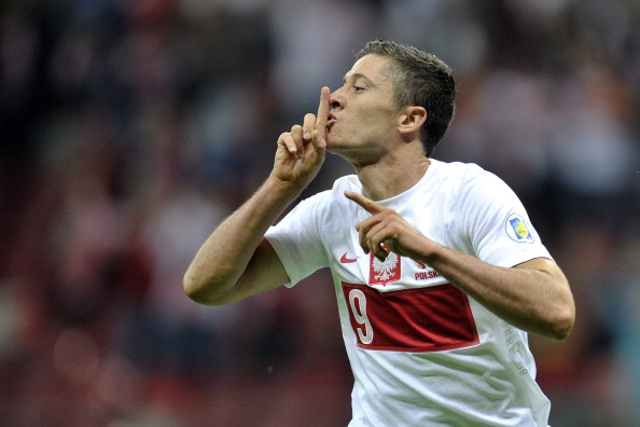 Having enjoyed a solid start to his Bayern Munich career after a controversial bosman move from rivals Borussia Dortmund, Robert Lewandowski will be looking to take his club form into his Poland career as they face Gibraltar, who will be playing their first ever qualification match.