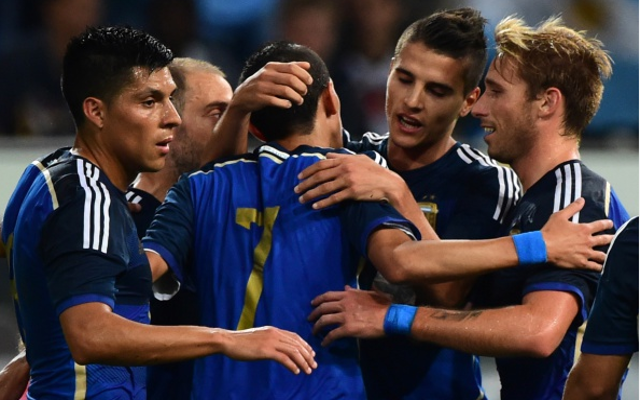 Real Madrid set for huge windfall if he is ever named as the planet’s finest.

Manchester United’s new British record signing, winger Angel di Maria, has a clause worth £4 million written into his Old Trafford contract, report the Telegraph, that would be activated if the Argentine international wins the Ballon d’Or during his time at the club and see former team Real Madrid pocket a significant windfall

The award is given to the best player in the world each year, with superstars Cristiano Ronaldo and Lionel Messi currently enjoying a monopoly over it, but it would appear to be something of a personal ambition for di Maria, with the unusual clause having been made a part of his lucrative United contract at the request of Real Madrid, who were clearly aware that they were losing a top class footballer.

The report suggests that United are comfortable with the arrangement, largely due to the fact that a rise in prominence from di Maria that would see him win such a coveted individual prize would almost certainly be accompanied by success as a team, but it does indicate just how desperate United were to get the deal done and their willingness to part with potentially huge levels of cash if their new players are a success in the Premier League.