Arsenal and Borussia Dortmund have been in ongoing talks with regards to Arsene Wenger’s push to sign long term target Marco Reus and the two sides have agreed ‘in principal’ to a deal that could take place next summer.

25 year old German international Marco Reus is said to be keen on leaving the Westfalenstadion side after seeing Jurgen Klopp’s outfit fall a country mile behind domestic rivals Bayern Munich and the re-capture of Shinji Kagawa from Man United is said to have been a move made in preparation for his likely exit.

Borussia Dortmund have held firm on their desire to avoid losing another top player to Bayern Munich, having seen Mario Gotze and Robert Lewandowski move to the Allianz Arena in recent seasons, and are ready to allow Reus to move to the Emirates Stadium.

Reus is being pursued by a number of sides across Europe, chiefly as his Borussia Dortmund contract contains a release clause set at a very reasonable £19.8m though Arsenal are believed to have discussed the possibility of trumping offers that trigger the clause the club’s chief negotiator Richard Law discussing a tempting deal that appears to interest Klopp. 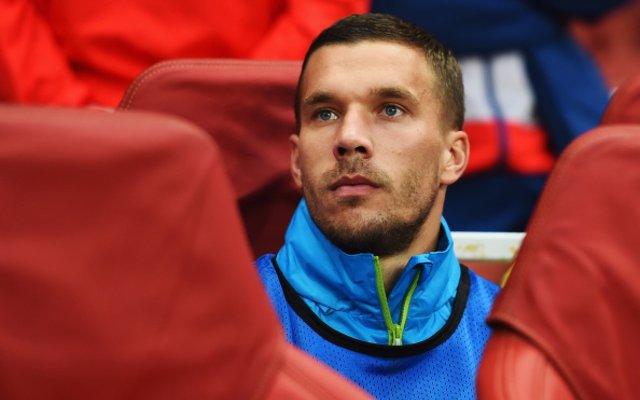 Arsenal are ready to offer £15m plus the services of experienced forward Lukas Podolski, with the German international now playing something of a limited role at the north London club.

The 29 year old started just 14 Premier League fixtures last term and the summer arrivals of Alexis Sanchez and Danny Welbeck will lead to an even less prominent role in Arsene Wenger’s plans.

Podolski is said to be keen on a move back to the Bundesliga and is happy to move to Borussia Dortmund, with Klopp believing such a deal to be preferential to a straight cash offer that meets the requirements of Reus’s release clause.

Reus is a player Wenger feels can be moulded into a central striking option, one which is perhaps more in keeping with Arsenal’s style of play than a more one-dimensional attacking weapon such as Olivier Giroud offers.

The former Borussia Monchengladbach has scored an impressive 43 goals in 92 appearances for Dortmund, an impressive tally when you consider over the course of his first two seasons at the club he’s been operating behind Lewandowski.

Such a move will become all the more likely if Borussia Dortmund fail to secure a Bundesliga title this season.