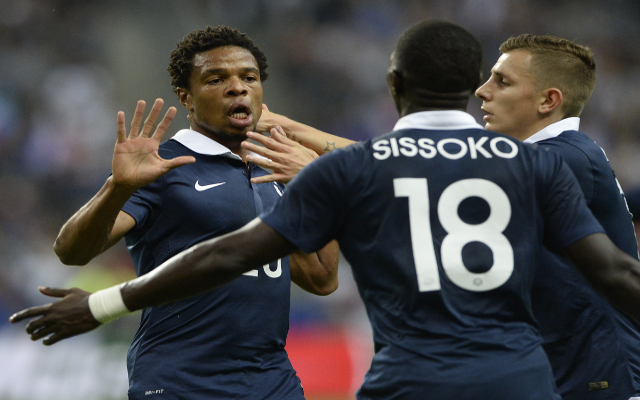 New Blues signing Loic Remy has issued a warning to Chelsea team-mate Diego Costa stating his intention to wrestle the starting spot in Jose Mourinho’s first team from the Spanish international according to Goal.com.

The 27 year old striker was brought in by the Stamford Bridge side to help boost options in the final third following the summer departures of Samuel Eto’o, Demba Ba and Fernando Torres and hasn’t joined Chelsea to make up the numbers.

“They are one of the best clubs in the world,”

“I know I won’t start out as first-choice striker at Chelsea, but nothing is set in stone. I have my aims.

“I didn’t sign for them in order to sit on the bench. I will try to improve as much as I can alongside their great players, and the rest will happen naturally.”

He added: “When the chance comes up to join a club like Chelsea you can’t say no.

“The deal was done late in the evening. I was ­prepared to stay at QPR, but I didn’t hesitate for a second when Chelsea came along.”

Chelsea Latest: Jose Mourinho claims his side is at a financial disadvantage

The powerful marksman has grabbed four goals in his first three Premier League fixtures though Remy is also a proven Premier League finisher and his confidence will have been buoyed by his winning goal performance for France against Spain earlier in the week.