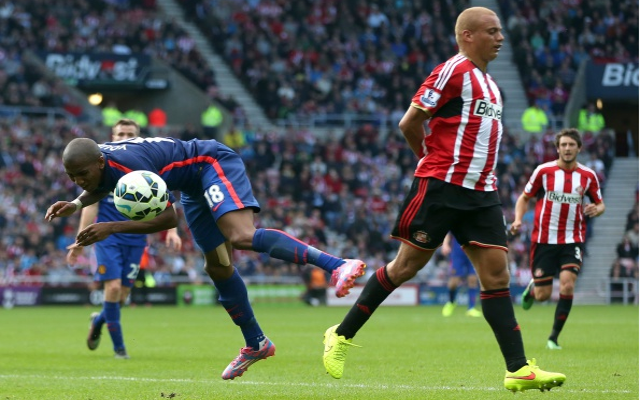 Old Trafford side look to find buyer for out of form winger.

Man United will look to find a buyer for winger Ashley Young in January according to the Daily Telegraph.

The former Aston Villa man has struggled to impress since moving to Old Trafford back in June 2011 and will be sold so to help remove his reported £115k a week salary off the club’s balance sheet.

The 29 year old England man has come in for sharp criticism over his diving antics but his overall form has similarly angered portions of the Man United support and a January exit seems likely, just so long as a willing buyer makes an offer that is amenable to the club.

Young has proved largely ineffective in the final third, netting just two Premier League goals in the past two seasons, and as such has not been part of Roy Hodgson’s national team set-up.

The arrival of Juan Mata in January and Angel di Maria this summer will leave Young playing a limited role under Louis van Gaal and a move away may be best for all concerned at this stage in the attacker’s career.