Sunday’s Manchester United news: United’s list of January transfer targets continues to expand, but one big money signing could be heading in the opposite direction; plus more… 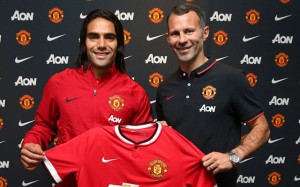 Radamel Falcao says he wants to bring “goals and victories” to Manchester United, ahead of his potential debut against Queens Park Rangers next weekend. The Colombian moved to Old Trafford from AS Monaco on a deadline day loan deal.

Speaking to the Observer in Miami, who were in turn quoted by The Guardian, he said: “For me it is amazing. I am very happy. I hope to give my team the best and help to bring a lot of goals and victories.