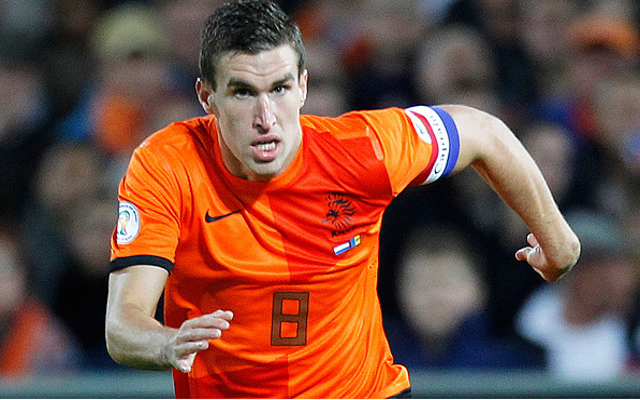 Dutch football expert Marcel van der Kraan has told TalkSport that he believes Kevin Strootman’s move from Roma to Manchester United is inevitable, and expects the transfer to go through in January.

The Dutch midfield ace is currently sidelined with a knee ligament injury, but Van der Kraan has no doubt he will be heading to Manchester United when he is back in action, and fully-fit.

He told the Alan Brazil Sports Breakfast: “If he was fit Van Gaal would have bought him. But at the moment he would never pass a medical at Manchester United.

“But we are convinced he will take him and he will be approached [in January]. Interestingly, he has just changed his agant and gone with the same one as Robin van Persie.”

The Daily Mirror recently claimed that United boss Louis van Gaal – who managed Strootman at international level – is a huge fan of the player, and is intent on making a £25m swoop early next year.

Van Gaal sees Strootman as the ideal choice to play the holding midfield role for United and has been told by the Old Trafford board he will have funds to spend in January.