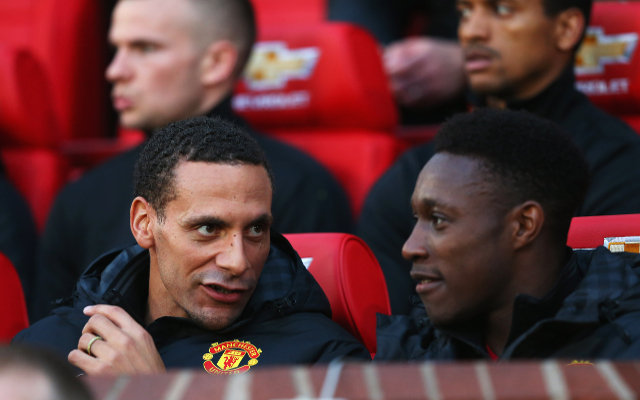 Former Man United skipper Rio Ferdinand believes the Old Trafford side have made a mistake by selling Danny Welbeck to Arsenal according to the Metro.

The 23 year old England international completed a deadline-day £16m move to the Emirates Stadium but it’s a move that QPR centre-back Ferdinand feels Man United should not have allowed, stating;

‘I cannot believe United let Danny go, especially to Arsenal. That seems mad to me,’

‘He’s a real threat to defenders and, if Arsenal use him right, he will be very dangerous for them.

‘Danny has everything to be a top player. English football has yet to see what he can really do because he hasn’t been getting a run of games.

‘I think he felt frustrated at United because, even if he did well, Robin van Persie and Wayne Rooney would be ahead of him.

‘At Arsenal, he will be the main man and I have no doubt he will flourish.’

Arsenal Opinion: Five Striker Arsene Wenger could have targeted instead of Danny Welbeck

Ferdinand believes that the pace of Arsenal’s attack will prove plenty of problems for the opposition, adding;

‘Imagine the pace Arsenal will have when everyone is fit.

‘There will be Alex Oxlade-Chamberlain with three fliers in front of him in Theo Walcott, Alexis Sanchez and Danny.

‘I’m telling you they would give Usain Bolt’s Jamaican 4x100m team a run for their money.’

Welbeck had his most prolific season to date last term, scoring nine goals in 25 Premier League appearances in 2013/14, ten of which were from the bench, but clearly he wasn’t part of Louis van Gaal’s first team plans.