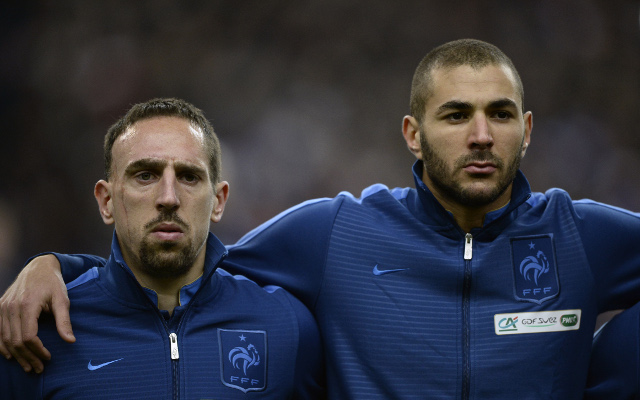 UEFA president Michel Platini has suggested that winger Franck Ribery could be banned from representing his club Bayern Munich if he turns down the chance to rejoin the France squad, report the Mirror, despite having retired from international football after injury ruled him out of the 2014 FIFA World Cup.

Ribery retired from international football following the World Cup, having been ruled out of the trip to Brazil with a back injury that he sustained prior to the tournament.

In what would be an unprecedented move, however, UEFA chief and former French footballing legend Michel Platini has invoked FIFA rules to suggest that Ribery may be forced to turn out for Didier Deschamps:

“That’s written in the FIFA statutes. If he doesn’t report for duty, then he would be banned for three matches for Bayern Munich.”

“It is not the player’s decision whether he represents his county, it’s the decision of the coach. Ribery cannot simply decide for himself whether he wants to play for France or not.”

France are set to host the 2016 European Championships, meaning that their matches in the build up to the tournament will be pseudo-friendlies, starting this evening against Serbia.