CaughtOffside takes on the difficult task of picking an ultimate European XI ahead of England’s opening game of their Euro 2016 qualification campaign against Switzerland.

Unfortunately we weren’t able to find room for any Three Lions stars in our team, but could you? Let us know below. For now, here is our Ultimate Euro Qualifier XI: 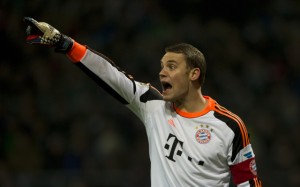 The World Cup winning goalkeeper is widely regarded as the best goalkeeper in the world, he is the simple choice here.