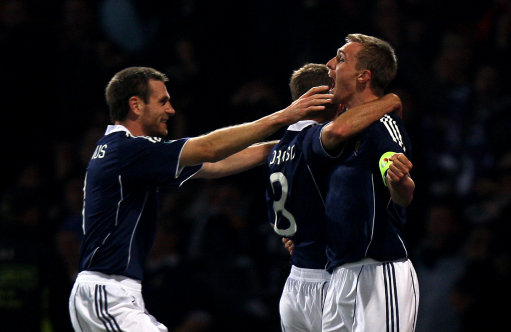 Christoph Kramer and James Morrison pass the time in Dortmund.

Germany edged Scotland 2-1 in the two sides’ opening qualifying match for Euro 2016 in Dortmund this evening, with a Thomas Muller double enough for the under-par hosts.

There was one concern for Joachim Low, however, with forward Marco Reus going down with a nasty injury in the second half. Germany’s Christoph Kramer and Scotland midfielder James Morrison didn’t seem too concerned, however, playing a game of rock, paper scissors as the Borussia Dortmund man received treatment!