Neymar, William and Marcelo among those with Drake…

Rap artist Drake posed for pictures with the Brazilian football team during their US Tour. Brazil defeated Colombia 1-0 during the early hours of Saturday morning, with Neymar scoring the only goal, and the Barcelona man was among those to be snapped with the Canadian.

You can see the pictures below: 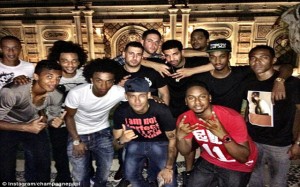 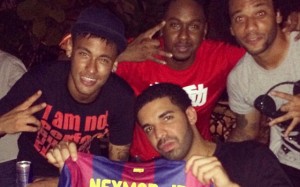 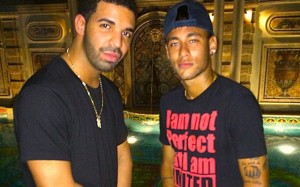