Joe Hart got the better of England captain Wayne Rooney early this morning, launching a selection of nuts towards the Manchester United man from his hotel balcony.

Rooney, talking with Liverpool’s Raheem Sterling, looked bemused by the efforts of the Manchester City goalkeeper, as the team prepared for their opening Euro 2016 qualifier against Switzerland. 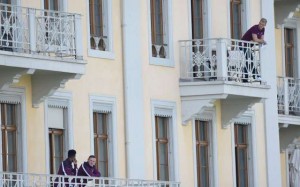 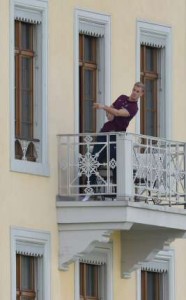 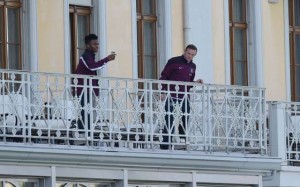