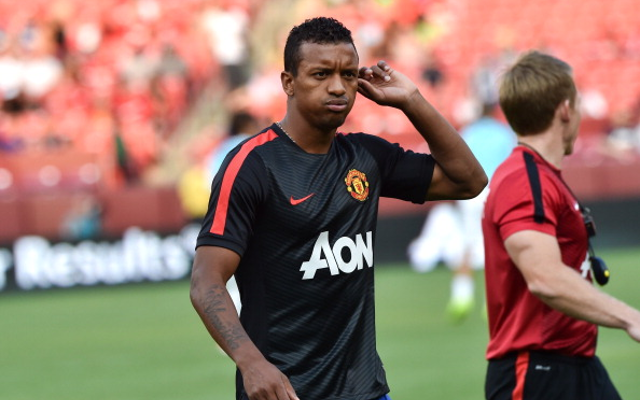 The Portuguese winger is surplus to requirements at Manchester United.

Nani has insisted that his loan move back to Sporting Lisbon is not a backwards step, the Daily Star reports.

The Portuguese international left Manchester United to go back to Lisbon on a season long loan. The winger was used by United as bait to get defender Marcos Rojo, who completed a £16 million move to Old Trafford in August.

Sporting fans appeared to be happy that Nani has returned to his former club while the player himself was equally delighted to be back and insisted that the move to the Portuguese capital is not the backward step most people think it is.

Nani said: “I do not think that it’s a step back.

“I had other options but I decided to play at this club. It was my choice.”

Although Nani will spend the season at Sporting, United are paying his wages, such is their desire to see the back of the 27 year old.

Unfortunately, the Champions League winner could be back at the Theatre of Dreams next season as Sporting are unlikely to be able to afford the winger’s £120,000 a week contract, which he agreed with United officials at the beginning of last season.