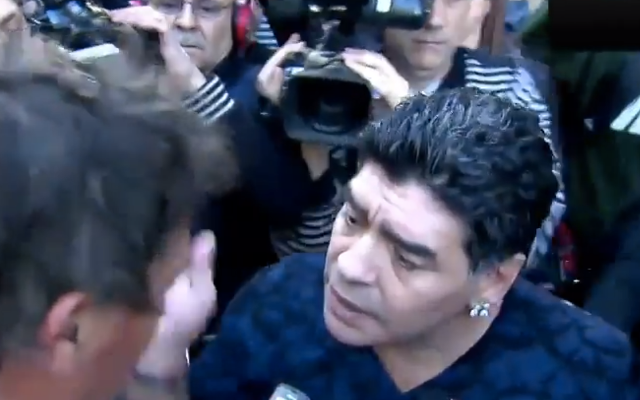 Legendary Argentinean footballer Diego Maradona has been involved in his fair share of bust-ups both during and since his career. The latest one took place last night, when the former Napoli and Barcelona man was involved in a street fight in Croatia.

You can watch the admittedly blurry footage below: