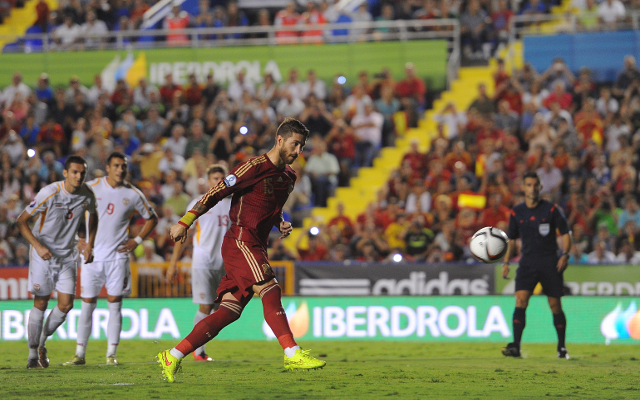 Is there anything cheekier than an expertly executed Panenka?

Check in to Spain vs Macedonia

It takes equal parts guts and skill to put away a ‘Panenka’ penalty and it seems Real Madrid star Sergio Ramos had the nerve to open the scoring in Valencia as Spain took on Macedonia in their Euro 2016 qualification opener.

The experienced defender is perhaps better known for his prodigious collection of red cards but watch as he superbly dinks home his spot-kick, won after David Silva was crudely bundled over in the box, straight down the middle to get the ball rolling for Spain against lowly opposition.