Who has the best centre-back partnership in Europe…

CaughtOffside ranks the five best centre-back partnerships in Europe following the 2014-15 transfer window. Read through the pages and see if you agree with our choices: 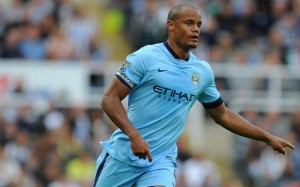 The Manchester City skipper is already considered one of the best defenders in world football, and this summer the club spent big to sign the Belgian a suitable, world class partner. Although the pair are yet to play together, there is little to suggest than Mangala will not fit perfectly into his new team. He is a French international, but like Kompany he began his career in Belgium. At just 23 he is still continuing to improve, and yet he was already looked upon as a leader by former club Porto.