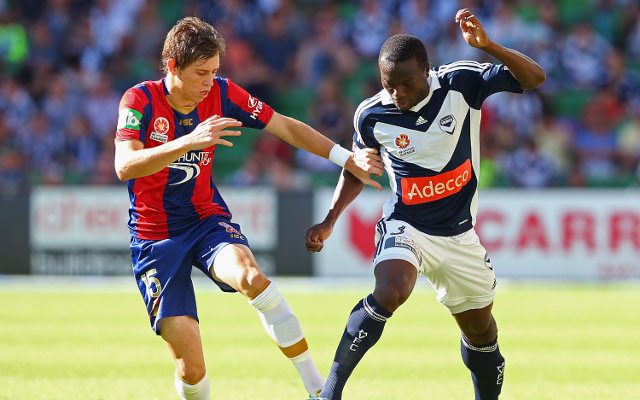 The Reds have announced the signing of the Socceroo…

Adelaide United has announced the signing of local boy Craig Goodwin from the Newcastle Jets on a two-year deal.

Goodwin, who is equally adept as a left-sided midfielder as he is a defender, has signed with the Reds after making 42 appearances for the Jets.

“I’m very excited to join Adelaide United and to play the attacking brand of football under Josep Gombau,” he told the club’s website.

“Having the opportunity to come back home and play in front of my family and friends on a regular basis and to play in the team I grew up watching, is something I will remember for the rest of my career.

“I just can’t wait to get started. I want to show everybody in Adelaide what I am all about and what I can bring to the team for this season and beyond.

“I felt I needed a change and that coming to Adelaide, back to my home-town, and being able to play for United in Gombau’s style of play, will really suit the way I like to play.

“I would also like to thank Newcastle for two happy years. It’s a great town and a great club. I will never forget the boys and the team.”

The former Melbourne Heart player’s career appeared to begin to stagnate at the Jets, and a move to the Reds could help put the 22-year-old back in the national team frame.

Adelaide coach Josep Gombau said he was happy to sign a left-sided player.

“I am satisfied to have him in the team, he is player that can play both left-back and left-wing, positions we need to fill,” said Gombau.

“He’s a player that has experience in A-League and with the national teams.”