We come up with our best XI of Aussies to have played in the Premier League. 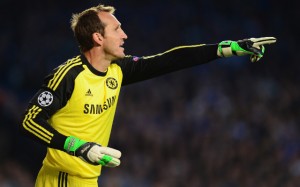 Mark Bosnich may have a Premier League winners medal, but Schwarzer’s longevity in between the sticks at the top level gets him over the line. The 41-year-old current Chelsea man debuted for Middlesbrough in 1997 and has gone on to make 543 Premier League appearances.