CaughtOffside picks their best Premier League XI, with only one player from each team…

Welcome to this CaughtOffside challenge. Your task, should you choose to accept it, is to pick your Premier League dream team. The only restriction is that you are only allowed to use one player from each club.

This is harder than you might imagine. We found that the major debate surrounded how best to balance the team. Do you pick your better players going forward, or do you try and space our your star men.

Take a look at our attempt and then post your own team in the comment section below! 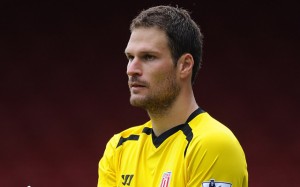 The Bosnian is widely regarded as one of the best goalkeepers in the Premier League.