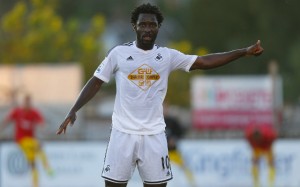 After a summer of transfer speculation linking him with a move away from the club, Bony is still with Swansea, but is yet to rediscover his goal scoring touch of last season – despite Swansea’s fine start to the campaign. The Swans make the difficult trip to Stamford Bridge on Saturday, where any goal could prove priceless.