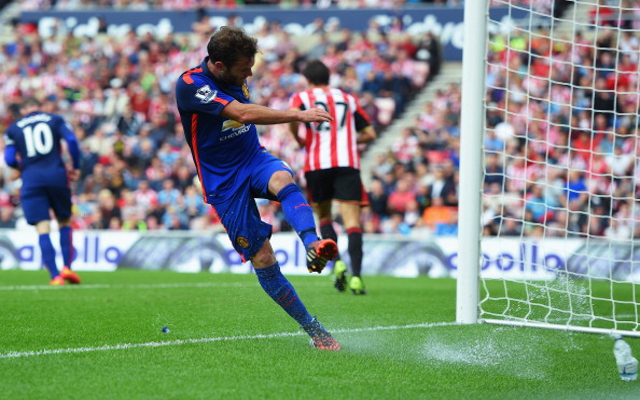 Juventus are reportedly keen on signing Man United playmaker Juan Mata in January but only on an initial loan basis according to the Daily Mirror.

Man United have spent over £150m on new additions this summer and the 26 year old Spanish international may struggle to gain a foothold in Louis van Gaal’s first team set-up, that said there seems little reason for the Old Trafford side to simply allow the Chelsea man to move to Turin at no financial gain.

If the loan deal was tied into a permanent switch then perhaps there would be some scope to such a move.

Man United paid a then club record fee of £37m to bring in Mata in January but is now said to be a £24m target for Juventus but seemingly the Serie A title holders want a temporary move prior to a permanent deal being struck.

Mata has been an effective performer since moving to Man United racking up seven goals and four assists in 17 Premier League starts since his move from Stamford Bridge.