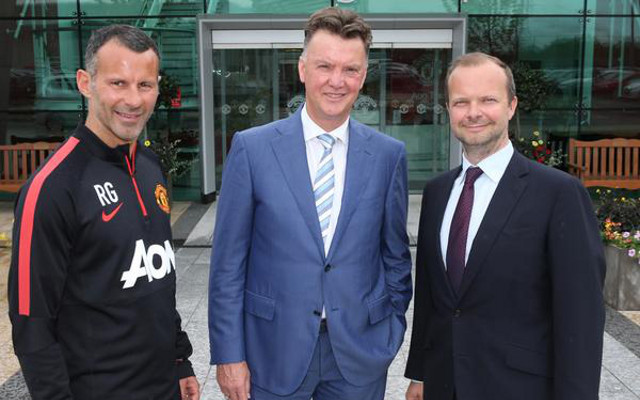 The club’s revenue is up by 19% despite their poor form on the pitch.

There is finally some good news for Manchester United, although it comes off the pitch, as executive vice-chairman Ed Woodward announces record annual revenue for the past 12 months.

The £433.2m is up by 19% from the previous year and this is despite the fact the Red Devils have lost a significant amount of money due to their on-field troubles.

By finishing seventh in the Premier League in 2013/14 under the guidance of David Moyes the club missed out on the Champions League and the estimated £35m qualification for that competition brings.

Also by sacking Moyes just 11 months into a six-year contract United were forced to pay over £5m in compensation to the 51-year-old and his staff who were also axed.

However, their new £53m-a-year contract with shirt sponsors Chevrolet has ensured that not qualifying for Europe’s top club competition has not affected their finances too overtly.

Woodward is expected to back manager Louis van Gaal to enter the transfer market with significant funds in the January transfer window as well, despite the fact a record £151.7m was spent on new talent this summer.

That is because these figures released for the past 12 months don’t take into account the new 10-year £750m contract the club have signed with Adidas and if van Gaal can turn things around on the pitch as well, things will be looking very bright at Old Trafford.