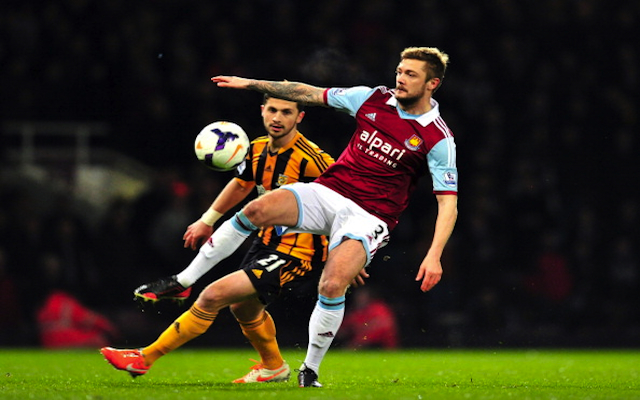 The Sky Blues still have two international spots to fill…

Sydney FC boss Graham Arnold says the club will target “desperate” European free agents in the lead up to the start of the A-League season in October.

Arnold has held off signing a final international player in order to attract a player who won’t have too many options but to opt for a move to the A-League.

“I wanted to wait until the end of the transfer window in Europe, that’s when players are desperate and they have no other options,” Arnold told the A-League’s website.

“Because we don’t have the money to splash out on a player, they’ve got to want to have to come here to perform on an incentive-based contract that if they do perform well on a minimum wage they’ll get a second year.

“There’s a couple of players in Holland we’re looking at.”

Arnold confirmed the club were speaking to McCartney, who is a free agent after leaving the Hammers at the end of last season.

“He’s a player that’s got a lot of experience and he’s a good mate of Terry McFlynn’s, which has helped enormously.

“He’s a guy that’s played 300 games in the Premier League and in the UK and he wants a different experience.

“If we were able to get him it would be fantastic. I want two players for every position and we don’t have that at left-back.”