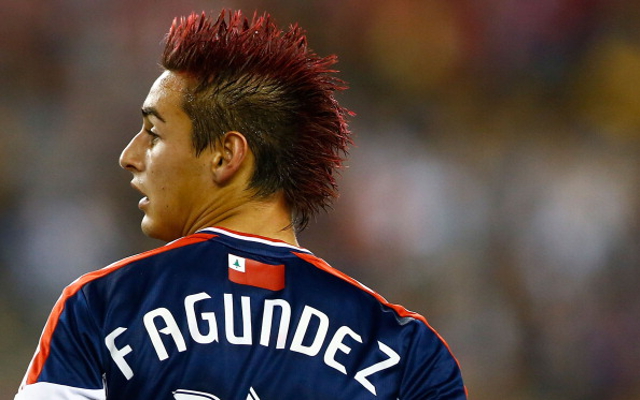 Fagundez gets a four gun salute.

The 19-year hurdled the advertising hoardings and approached four civil war reenactment types – who happened to be in the stands with loaded rifles – and encouraged them to fire their weapons.

For a country so obsessed with security like the USA it’s quite something that these men will actually allowed into the stadium with loaded guns.