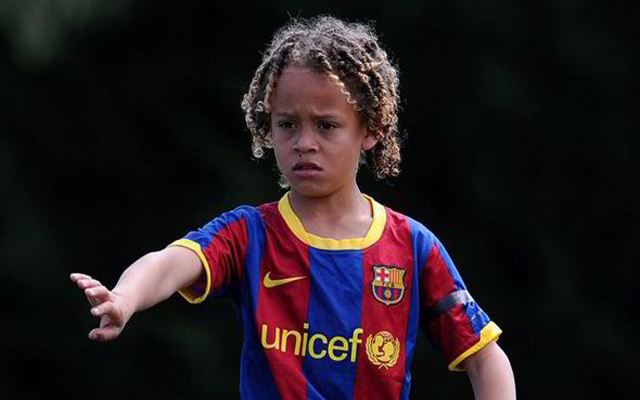 Chelsea are hoping to sign Xavier Simons, 11, from Barcelona…

Chelsea are looking into the possibility of signing 11-year-old footballing sensation Xavier Simons, who is currently part of the youth set-up at Barcelona.

Reports in Spain claim that Chelsea have made an offer to bring the Dutch midfielder’s family to West London, although the Daily Express understands that Barca have held positive talks with Simons’ parents, convincing him to stay at the La Liga giants.

The Catalan club have a proud tradition of producing – and keeping hold of – some of Europe’s best players. World class stars such as Lionel Messi, Xavi and Andres Iniesta have impressed in Barca’s famed La Masia setup over the years, and they hope that Simons will be the next player to join that list.

But according to the source, that won’t stop the interest from Stamford Bridge, with the Blues reportedly ready to return with an improved offer, who already have another former Barcelona youth product, Cesc Fabregas, in their first team squad.