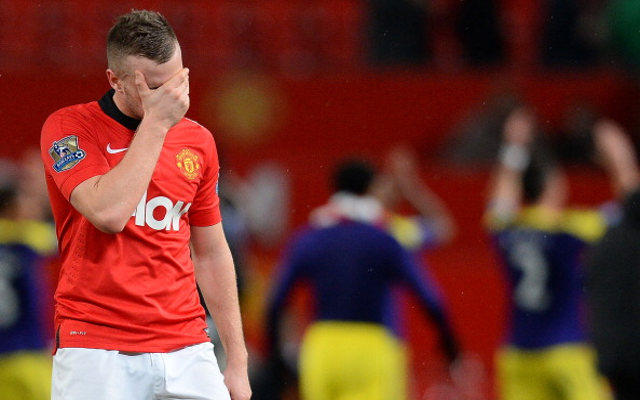 Midfielder welcomed to Villa with hilarious trolling.Manchester United midfielder Tom Cleverley took part in a question and answer session via Aston Villa’s official Twitter account shortly after he sealed his loan move to the club, the Birmingham Mail reports.

The 25-year-old was once regarded as one of the most promising young players coming through at Old Trafford, but has seen his career take a serious nosedive in recent years as his reputation as diminished severely, making him a figure of fun rather than a player taken at all seriously.

Now on loan for the 2014/15 season at Villa, Cleverley has already got off to a bad start after a series of mocking tweets during his Q&A, with some of the best ones picked out below:

@premierleague @AVFCOfficial Are you coming back to United next year? And the answer better be no

.@premierleague @AVFCOfficial why do you insist on doing these things when you know it’s gonna be 99% abuse — Norwegian Haircuts (@SlakyFoot) September 10, 2014

@premierleague @AVFCOfficial Do you think Villa will survive relegation now you have arrived,with your sideways and backwards passing ?

@premierleague @AVFCOfficial Hi Tom. What’s it like robbing a living?

@premierleague @AVFCOfficial How does it feel knowing a completely new set of fans are gonna hate the way you play football?