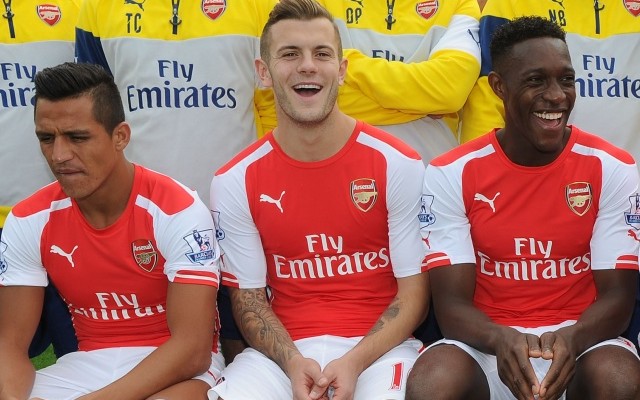 Fun and games as Arsenal pose for their official team photo.

Arsenal have released a video through their official Youtube channel showing some behind-the-scenes footage from today’s team photo, which saw the squad engaging in a bit of light-hearted fun ahead of getting behind the lens.

The video shows Alex Oxlade-Chamberlain both showing off his Spanish skills and complaining about being shunted to the edge of the photo, whilst youngster Serge Gnabry also gives Jack Wilshere a bit of a slap.