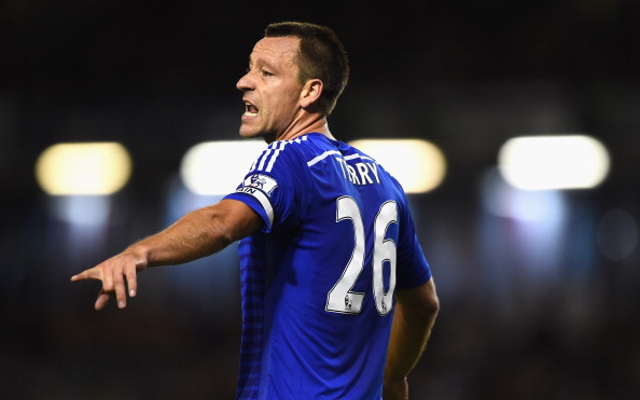 Chelsea defender John Terry is determined to wrestle the title from holders Man City with the heartbreak of last season’s hard fought Premier League championship campaign acting as motivation for the veteran according to the Daily Mirror.

The Blues finished last term in third place, just four points off the top of the table, and captain Terry wants to bring an end to a four year wait for the Premier League title this season.

“When you play all those games and just lose out at the end, it’s disappointing, it’s heart-breaking. I want to win trophies and last year we didn’t.

“For me the hunger is there from not winning the league. We need to get back to winning the title. It has been four years since we last did it but I believe we have the squad to do it. We are so driven.”

Terry’s Chelsea take on Swansea City tomorrow with both sides holding 100% records though one imagines Jose Mourinho will be expecting to come out victorious against the visitors from south Wales.

Chelsea have collected wins against Burnley, Leicester City and Everton with new signings Cesc Fabregas and Diego Costa already showing what they are both capable of.