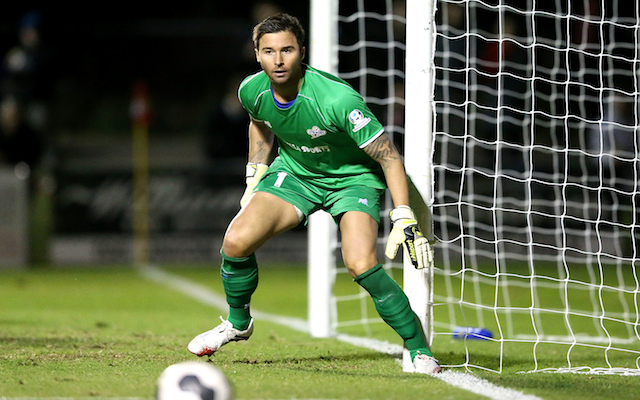 Brisbane Strikers goalkeeper Michael Turnbull has revealed he turned down an offer from a Bundesliga club to remain in Australia.

Australian goalkeeper Michael Turnbull has revealed he turned down an offer from a German Bundesliga club to stay with state league side Brisbane Strikers.

The Strikers are just one match away from the FFA Cup quarter-final berth if they can beat Adelaide City on Tuesday.

The 33-year-old’s form for the Queensland National Premier League side has not gone unnoticed, and with time previously spent at AS Roma, Standard Liege and Bristol City, contacts from overseas clubs have asked about his availability.

Turnbull told The Daily Telegraph he rejected an offer from a Bundesliga club as he was content to remain in Australia.

“My performances have been good and a lot of people I used to play in Europe with have got in contact with me,” Turnbull said.

“They effectively started to speak to some people and I got an offer from a Bundesliga club. At this stage I said to them I’m looking to stay in Australia and I don’t really want to go back to Europe.”

Turnbull runs a successful real estate business in Brisbane and wants to use the FFA Cup as a platform to get back into professional football in the A-League.

“Everyone’s goal is to play in a top division in Europe and if I was younger it would have been a no-brainer – I would have jumped at the opportunity,” he said.

“But because I’m a little bit older now, I always saw myself retiring and playing in Australia anyway, so hopefully I can pick up interest from the A-League.

“I think the A-League has a really bright future and I’d love to be part of it.”