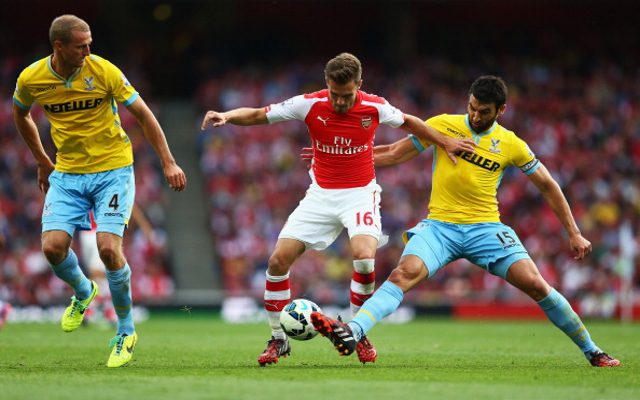 Midfielder is fit for action for massive Emirates Stadium fixture.

Arsenal midfielder Aaron Ramsey has been passed fit to face Man City in Saturday’s big clash with Man City according to Goal.com.

The 23 year old suffered an ankle injury during Wales’s win in Andorra and was initially deemed doubtful to take part in the big Emirates Stadium encounter but is now set to start the match.

Though fit for action Arsene Wenger may consider his options given Arsenal’s midweek Champions League fixture with Borussia Dortmund.

Ramsey has been arguably Arsenal’s most consistent performer over the past 18 months, more than delivering on his obvious potential, though the former Cardiff City man has suffered with injury issues in recent seasons.

Kieran Gibbs, Mesut Ozil and Mikel Arteta are all also available having spent time out with knocks of late.

New signing Danny Welbeck is expected to lead the Gunners attack following his £16m move to the north London club.