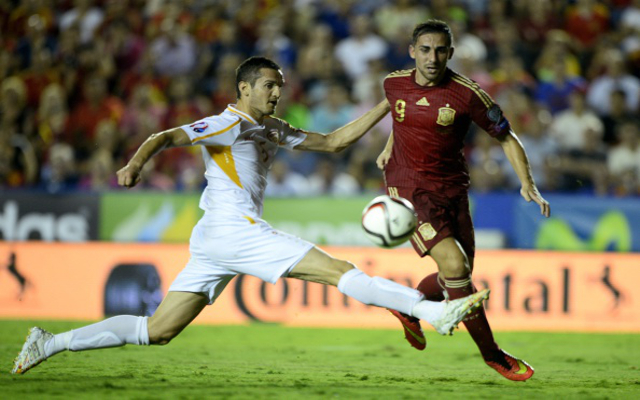 Arsenal are also targeting Valencia ace Paco Alcacer according to the Daily Express.

The 21 year old scored on his competitive national team debut on Monday night as Spain thumped Macedonia 5-1 and is now seemingly a player on the radar of many of Europe’s ‘Elite’ with Chelsea also said to be keen.

Alcacer scored 14 goals in all competitions for Valencia last term and played a key role in the Mestalla side’s match to the Europa League semi-finals.

Having represented Valencia since the age of 12 Alcacer would find it hard not to be tempted by a move to the Emirates Stadium.