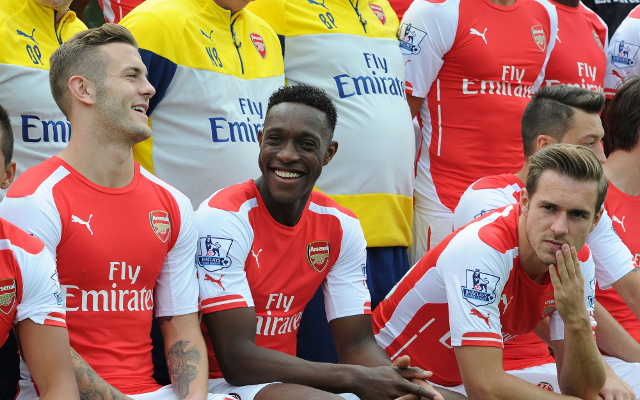 Gunners striker prepares for debut against City.Arsenal striker Danny Welbeck has been pictured arriving at the Emirates Stadium for what will be his Gunners debut against Manchester City this afternoon.

The two teams meet in today’s early kickoff in what promises to be a huge early-season clash between two of this season’s main Premier League title contenders.

Welbeck, a £16m deadline day signing from Manchester United, has been thrown straight into the starting lineup by manager Arsene Wenger to make his first appearance for the club, and has been snapped ahead of the game suited up and ready to prepare for action.

Danny Welbeck arrives at Emirates Stadium ahead of his @Arsenal debut #AFCvMCFC pic.twitter.com/A0FUS8cj7j

Welbeck was all smiles in the Arsenal team photoshoot yesterday, and looks happy to be arriving at the Emirates as an Arsenal player for the first time this afternoon.