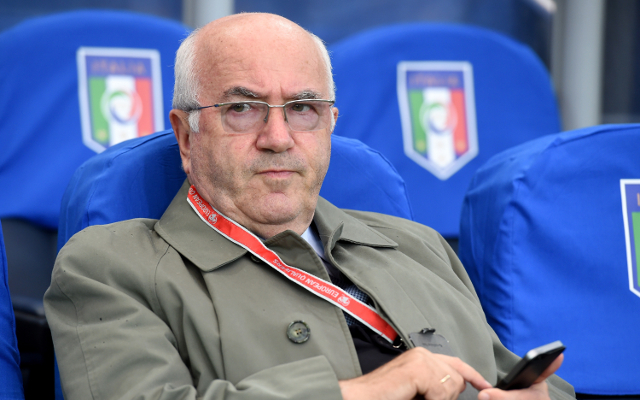 Tavecchio suggests 18 teams in Serie A and squad will be 25 players, eight from academies…

All the latest headlines from the newspapers in Italy as the Scudetto battle re-commences this weekend with both Juventus and Roma hoping to pick up from where they left off.

– Roma and Juve, the secrets of a challenge that resumes.

– Giallorossi at Empoli and Bianconeri at home with Udinese size each other up at a distance.

– After a good debut, Rudi Garcia and Massimiliano Allegri wonder who will be in better shape after the break?

– Francesco Totti on the bench, Carlos Tevez in doubt and Kingsley Coman is ready.

– Berlushow. Classic Friday visit to Milanello for the President to motivate the players.

– Adriano Galliani: ‘He has the same enthusiasm as the start’.

– Inter and the baby Sassuolo gang.

– Squads will be 25 players, including eight from youth academies.

– Empoli-Roma: Garcia pushes the Champions League out of his mind.

– Mattia Destro seeks a relaunch, on Wednesday they face CSKA.

– Tevez is fine, Malmo fly in on Tuesday.

– Tavecchio confirms the plan, no from Lega Pro for a reduction.

– Berlusconi fires up the Milanisti.

– Hamsik sure: ‘Napoli can win the Scudetto’.

– There’s Udinese and not just that…

– What a sparkling Juve.

– Agnelli: ‘I hope next year Juve can win the Champions League and Ferrari the F1 title’.

– Allegri: ‘There is no injury crisis, people are creating stories out of nothing’.

– Here’s Berlusconi: ‘Milan, I’ll be there against Juve’.

– Tavecchio swears: ‘All the reforms complete within three seasons’.