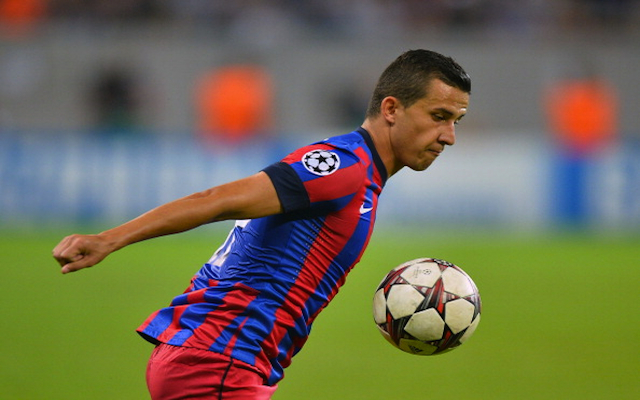 Victory have announced the signing of an Aussie-born Macedonia international…

Georgievski joins Victory after two years with Steaua Bucharest in Romania’s top flight, which included being part of the side’s UEFA Champions League campaign, where the 26-year-old played in five of the six group matches against Chelsea, FC Basel and Schalke.

“Daniel brings quality and experience to Victory, having played at the highest levels in both international and European football,” Muscat said.

“At 26, Daniel is certainly in the prime of his football career and will be an important asset for our squad this year, a season which will be one of our biggest yet.”

Georgievski said he was looking forward to returning to his country of birth and playing in the A-League.

“I certainly have followed the progress of the A-League closely over the past few years and when the opportunity arose to return to Australia and play at the biggest club in the league, I was very interested in heading to Melbourne,” Georgievski said.

“I’ve spoken to Kevin about what he expects and have told him what I believe I can bring to Melbourne Victory and I know it is going to be a very big season for the club and me as a player.

“Playing in Australia – a country that means so much to me – is certainly an exciting opportunity and I can’t wait to start training, meet the Victory players and get the season underway.”