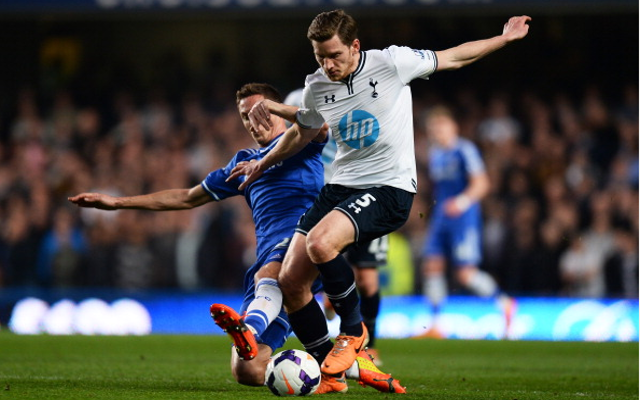 Tottenham Hotspur are expected to name Belgian defender Jan Vertonghen as their new club captain on Monday, according to the Metro.

The north London giants sold their previous skipper Michael Dawson to Hull City this summer, leaving manager Mauricio Pochettino with some thinking to do as he decides on the next man to take the armband at White Hart Lane.

Vertonghen is now expected to be the next captain of the club, with the former Ajax skipper agreeing to sign a new four-year contract and commit his future to the club despite being linked with the likes of Barcelona during the recent transfer window.

The 27-year-old has proven to be one of Spurs’ best players in recent times, settling in quickly when he joined the club in 2012 and becoming one of the top defenders in the Premier League.

Fellow defender Younes Kaboul and goalkeeper Hugo Lloris could also be in contention to be named the new captain by Pochettino, but reports suggest that a decision may already have been made for Vertonghen to fill that role.

This news will come as a welcome boost for Spurs after bad news this week on their bid to move to a new stadium.