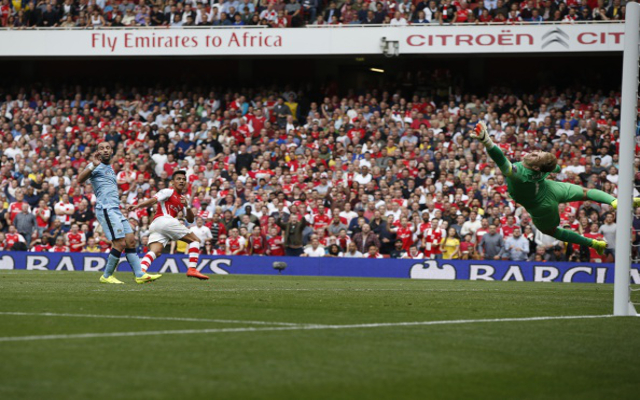 Arsenal entertained Man City in a superb clash at the Emirates Stadium, a fixture that saw Frank Lampard and Danny Welbeck make their respective Premier League debuts for their new clubs.

Indeed it was new striker signing Danny Welbeck who almost netted in his first Gunners fixture, dinking an effort onto the post when perhaps he would’ve been better off smashing home.

Perhaps predictably, and against the run of play, it was Sergio Aguero who put Man City ahead with a well worked goal with the Argentine firing home after good work from Jesus Navas.

Arsenal refused to give up and fought back to net twice in ten minutes.

Wilshere leveled things up with a tidy finish after a good one-two with Alexis Sanchez.

Then Chilean fired home a superb volley following a great assist from Per Mertesacker.

Martin Demichelis ended Arsenal’s hopes of a rare win against one of the Premier League’s top sides when he rose unmarked to plant an unstoppable header into the back of the net.