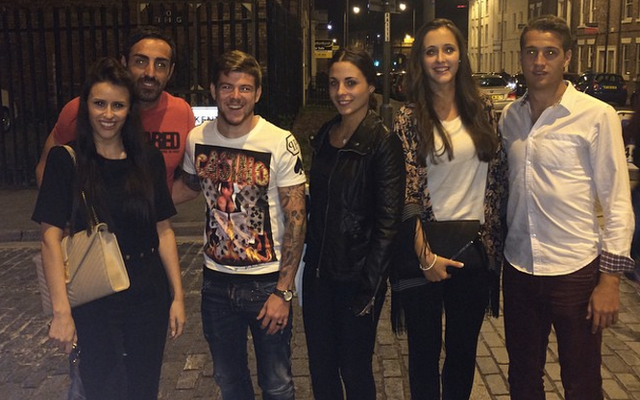 Alberto Moreno made his Anfield debut on Saturday as Liverpool lost 1-0 to Aston Villa.

The three Spanish players did not spend the evening wallowing in disappointment. Instead, they went out for a meal together, along with their girlfriends.

Enrique, who brought lovely WAG Amy Jaine, uploaded the below image to Instagram on Sunday morning, along with the message: “From last night dinner”.