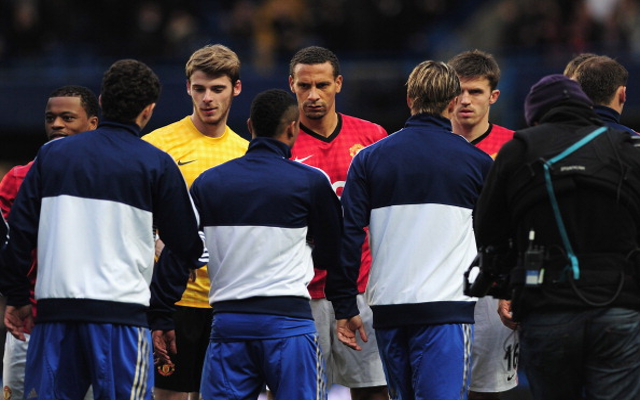 QPR veteran Rio Ferdinand has revealed that in his autobiography, stupidly titled #2sides, that he hasn’t spoken to childhood friend Ashley Cole since 2011 following the fallout of the John Terry/Anton Ferdinand racist abuse case according to The Sun.

The 35 year old centre-back states that he understands that Cole was in something of a dilemma over which side to take in the dispute though Ferdinand couldn’t forgive his former England national team colleague for not discussing the matter with him at the time.

What follows is a direct excerpt from Rio’s autobiography;

Ashley Cole had long been a friend of mine. We’ve known each other since we were kids.

But for me it all ended the day he decided to go to court in support of John Terry.

He didn’t even warn me and Anton. Instead we had to hear from the lawyers.

Anton rang me and my head nearly blew off.

“What do you mean Ashley’s going to court? Is he speaking for you?”

“What? Are you winding me up?”

Unfortunately, it was no wind-up. He was betraying Anton, who he’d also known for years.

Looking back, I know Ashley was under pressure. I’ve thought long and hard about how he could have played it differently.

What he should have said to John was: “Please keep me out of this. It’s going to ruin my relationship with you or with Rio. I don’t want either.”

Ashley could have then approached me and said: “Ri, he ain’t said it, man,” and I’d have believed him.

Just have the conversation! Explain you’re in an awkward position.

But Ash did none of those things. Instead I had to call him — and he still didn’t understand.

In fact, he reckoned I was out of order for contacting him.

I said, “Ash, what are you doing? My little brother’s going through hell, there’s bullets through my mum’s letterbox and you think I’m out of order for ringing you? What world are you living in?”

I tried to get him to see it from my perspective. “What if your brother was going to court, and getting hammered in the media, and his career was on the line? Wouldn’t you be upset with me? I’d expect you to call me.”

But he just didn’t get it. Or he did but wasn’t strong enough to take himself out of the equation.

An FA panel eventually decided Ashley’s evidence “evolved” over time to help John’s case. That was a polite way of putting it.

Rio Ferdinand comes up against his former side Man United in Sunday’s encounter with QPR which will see the defender return to the Old Trafford side he represented with distinction for 12 seasons.